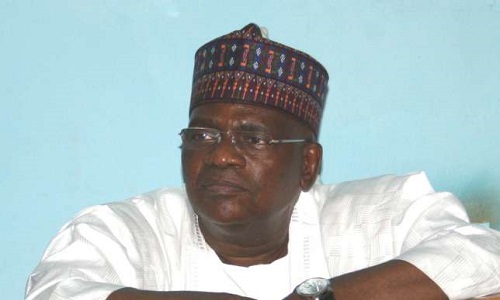 Justice Babatunde Quadri adjourned the case to enable the prosecution tender the financial regulations and due process documents mentioned by the witness during proceedings, the News Agency of Nigeria (NAN) reports.

Quadri set out four days – November 22 to 25 – as requested by prosecution for continuation of hearing in the matter.

Goje, who is now a senator, is standing trial on a five-count charge of financial impropriety during his time as Governor of Gombe.

Shittu had applied for an adjournment to enable him tender the financial regulations and due processes documents mentioned by Gyauro.

“My Lord, in view

of the relevancy of the financial regulations and due process documents regarding the subject matter of food procurement, I wish to apply to the court to adjourn this case and give us four to five days.

“I wish to tender the relevant documents about the manner contracts for the procurement of food for the government was flaunted during ex- governor Goje’ tenure”, he said.