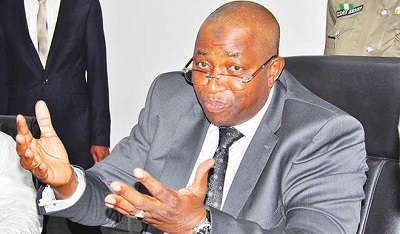 Governor Mohammed Abubakar of Bauchi State has accused some members of the National Assembly from the state of undermining his administration because he rejected their demands to buy houses and cars for them.

The governor made this claim in Bauchi at the weekend in commemoration of the 56th independence anniversary of the country.

It would be recalled that some political heavyweights from Bauchi led by Speaker of the House of Representatives, Yakubu Dogara, Minister of Education, Malam Adamu Adamu, the All Progressives Congress (APC) senator representing Bauchi Central, Sen. Ali Wakil, and his Bauchi North counterpart, Suleiman Nazif, in August, accused Mr. Abubakar of misusing the state’s N8.6billion bailout fund.

Speaking at the weekend, the governor lamented that Bauchi was the only state in the country where National Assembly members were needlessly trying to undermine the efforts of their governor and tried to pitch the people against him.

“At a time, the National Assembly members met me in a certain place where they requested that I should buy houses for them in Abuja and luxury jeep cars, but I told them that even if I’m bathing in a pool of money, I cannot afford to meet their demands”, he said.

“I’m ready to give them any assistance they may require, but not houses or cars, especially with the present economic predicament”.

According to him, Bauchi was among states getting lower allocation from the federation account, saying that as the governor, he must prioritise how to spend money meant for the state’s development.

Gov. Abubakar recalled that he had constituted three different committees to meet with members of the National Assembly to iron out their differences, but they refused to honour his peace invitation.

He added that he also sent the State Working Committee of the APC to meet with them but only five out of the 18 National Assembly members attended the meeting.