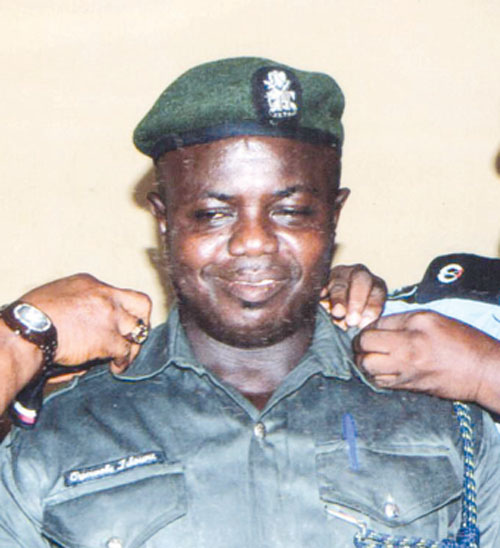 Armed robbers on Thursday shot and killed DSP Idowu Oyewole, the Chief Security Officer to the Governor of Ondo state, Olusegun Mimiko at his residence along the Akure/Owo express road.

According to reports, the 45-year-old police officer tried to rescue his neighbour whose home was being invaded by three gunmen.

One of his sons, Dare, said: “Daddy was eating around 7.30 pm on Wednesday when our neighbour’s son called that there are robbers in their house.

“He took his service pistol and followed the boy to their apartment to dislodge the bandits.

“When they heard my dad’s footsteps, they started shooting and my father was injured.”

It was further gathered that one of Oyewole’s sons, who was held hostage by the robbers, was terribly injured as he sustained several machete cuts.

Police Public Relations Officer Mr Femi Joseph, who confirmed the killing of the officer attached to the Mobile Unit, said the police had begun investigation.

Joseph described the late Oyewole as a disciplined and hard working officer, whose death he said was a irreparable loss.