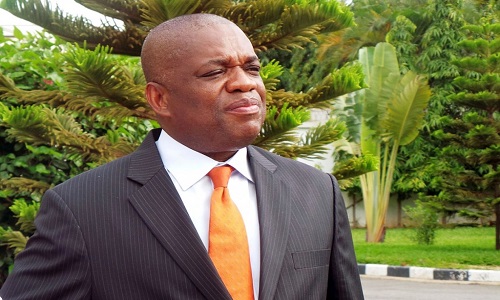 Former Governor of Abia State and billionaire businessman, Orji Uzor Kalu, has passed a damning verdict on his kinsmen, saying Igbos don’t understand politics and are their own worst enemies.

Kalu, who was Monday arraigned before a Federal High Court in Lagos by the Economic and Financial Crimes Commission, EFCC, on a 34-counts amended charge bordering on money laundering, lashed out at his tribe in an exclusive interview published in the recent edition of The Interview.

According to the ex-governor, Igbos, who regularly blame the Federal Government for the backwardness of the South-East, should rather blame themselves for their woes.

Kalu said a number of the elites in the region are not only selfish, but also get their politics wrong.

“Let me tell you”, he said in an emotion-laden voice, “there were more problems between (Asiwaju Bola) Tinubu and (Babatunde) Fashola, than there were between me and TA (Theodore Ahamefule Orji). But it is the discipline of the Yorubas that kept them at bay. Igbos have no discipline in terms of politics. They are very good traders; they’re good in anything they do, but they don’t understand politics”.

Mr. Kalu was referring to the fractured relationship between Tinubu and Fashola in the latter’s second term as governor of Lagos State, and comparing it to his own political disagreement with his successor, Theodore A. Orji, which led to the extinction of the Progressive Peoples Alliance, the party he founded.

He further illustrated his point with a conversation he claimed to have had with President Muhammadu Buhari, who wondered aloud why previous high profile Igbo appointees had done nothing for the region.

Kalu also spoke on the agitation for a state of Biafra and the travails of the leader of the Indigenous People of Biafra, Nnamdi Kanu; his relationship with former President Ibrahim Babangida and former Governor Ikedim Ohakim; the recent statement of former Governor Peter Obi; and allegations that while he governed Abia for eight years, his mother ruled.