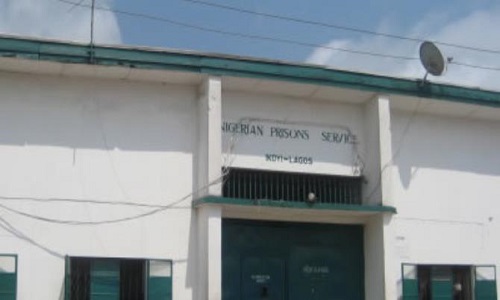 The Ikoyi Prison in Lagos State may soon be relocated due to the environmental pollution it constitutes in the highbrow neighbourhood in the state, a top government official has disclosed.

The State’s Commissioner for Environment, Dr. Babatunde Adejare, who disclosed this while fielding questions from journalists shortly after monitoring the October edition of monthly environmental sanitation in Ikoyi-Obalende Local Council Development Area of the state, said the 61-year old prison facility had outlived its usefulness in the vicinity.

Adejare said, “We also visited Ikoyi prison to see the challenge there. I can assure you that we will tackle it. We will see how we would work with the Federal Prison Service to ensure that we provide sewage system. There is a larger thing coming into play soon; that is relocation of the prison. The facility had passed its usefulness. The most valuable land in Africa is there. We should not have such in that location. We are discussing with the Federal Government to deal with the relocation”.

“In the interim, the Lagos State Government will provide the prison with better sewage system. They can also relocate the facility when the prison is relocated. His Excellency will come out with the official statement”, the commissioner added.