The international community has had its eyebrows raised following the emergence of a photograph showing an Indonesian woman caned on Monday in front of a jeering crowd after being accused of “standing too close to her boyfriend”. 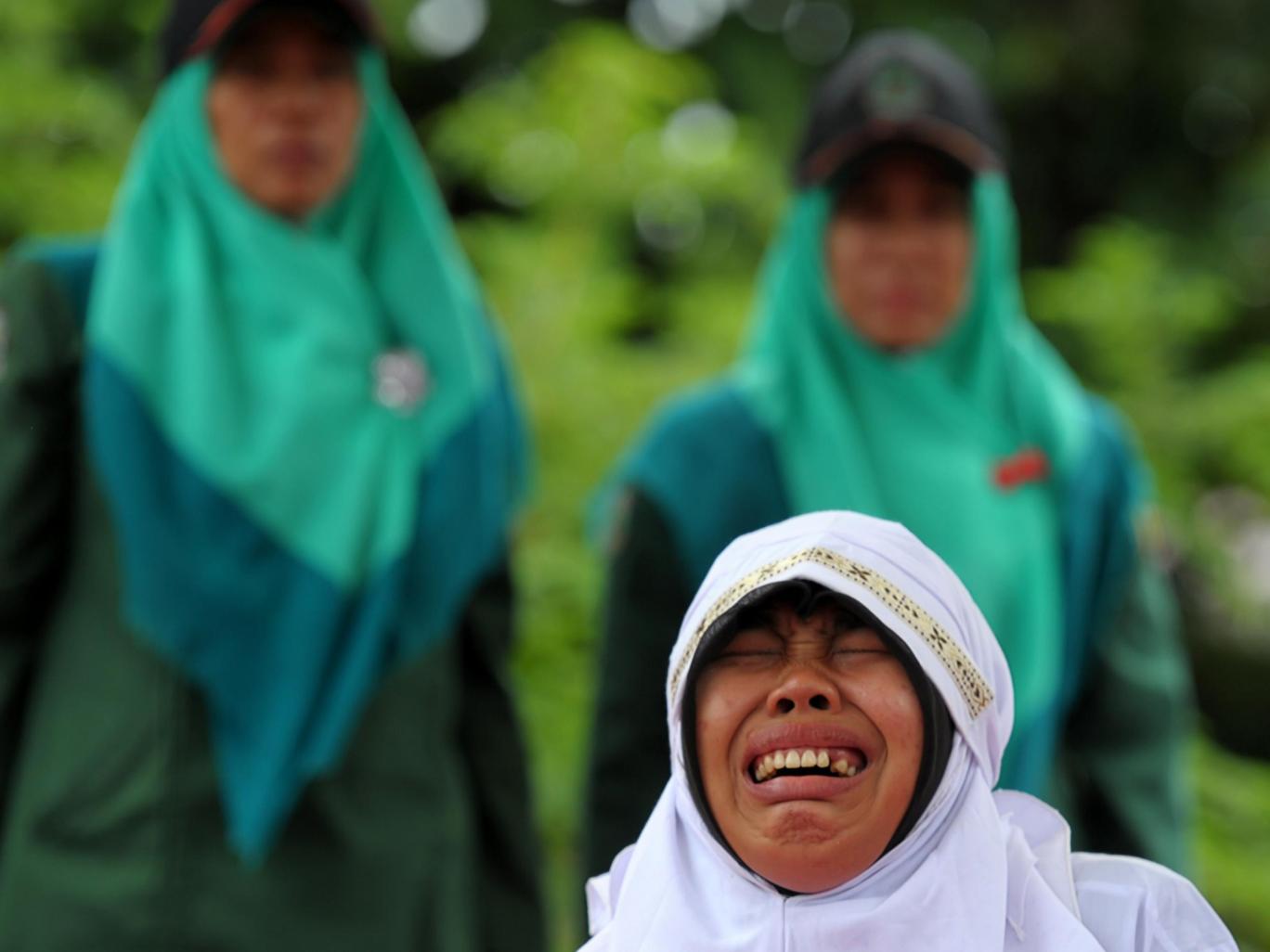 The unidentified woman was among 13 people flogged in Aceh province on the western island of Sumatra for allegedly breaking strict Islamic laws, which ban intimate behaviour such as touching, hugging, and kissing between unmarried people.

Photographs which show the young woman crying out in pain have been shared by local and international media, amid growing concerns over the rising number of people subjected to corporal punishment in the region.

Indonesia is the world’s most populous Muslim-majority country, but Aceh is the only province which imposes sharia law.

People in the region can be flogged for a number of “offences”, including gambling, drinking alcohol, and gay sex, in addition to any consensual sex outside of marriage.