The Kaduna State Commissioner for Budget and Planning, Mohammed Sani Abdullahi, has made stunning allegations against the immediate past government of Mukhtar Ramalan Yero. 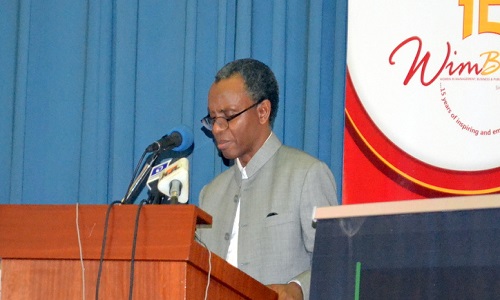 He made his comments at the 2017 budget Round-Table discussion with journalists on the State Draft Budget. While addressing the previous budget, the commissioner said “Unnecessary expenses” were discovered.

He claimed that the Yero administration spent N2.1 billion on sweets, juice and chocolates to entertain visitors in 2014.

The administration also allegedly spent N40 million monthly on chicken and rice for mere refreshment in Government House within the same period.

“We inherited N8.6 billion from the immediate past government which was in several bank accounts, but we were able to realise N38 billion when we introduced Treasury Single Account (TSA).” He stated

“We have money in the state, and it is not that we cannot pay salaries, but it was because we were doing the verification of workers, that has delayed payment of pensions and salaries. But as I speak to you, by this October, pensioners will get their payments”.