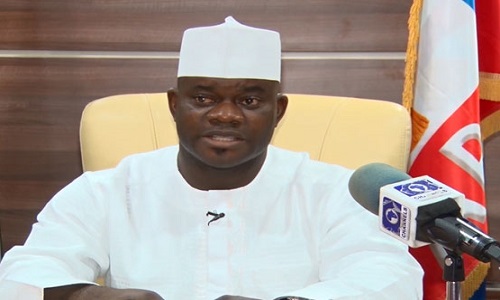 Governor Yahaya Bello of Kogi on Friday in Lokoja inaugurated a seven-member panel to probe the use of state funds from May 29, 2003 to Jan. 27, 2016.

Mr. Bello said the terms of reference of the committee were clearly stated in the letters of appointment of the members.

He lamented the low development of the state since its creation 25 years ago, alleging that funds received on behalf of the state were not properly accounted for.

“While I am not saying that our state has made or received all the money she needs, I make bold to insist that our problem is not the lack of money, but the theft of money.

“If what we did make or receive were used better this past 13 years, we would not have the current socio- economic disaster on our hands”, he explained.

According to him, the state’s past leaders basically engaged in a zero-sum game of shooting, in which corruption was their sharp-shooter, and the helpless populace their target.

“For every kobo they hit, our people lost lives, opportunities, hopes, visions and dreams”, he said.

“The result is that in 25 years of existence, Kogi is barely started on her journey to development.

“This is an atrocity and it should infuriate any reasonable person. We cannot bury the years of accumulated theft by politically exposed persons in the faulty foundations they laid over the years.

“We must not also disregard the accumulated hurt felt by our excluded citizenry, and pretend it did not happen, or that they will forget.

“That can only earn us a society festering with sublimated anger that will explode sooner than later with disastrous consequences”, he said.

Mr. Bello told members of the committee not to see the assignment as a licence to witch-hunt or settle scores with anyone.

“Everyone must be accorded their due respect in line with the laws of the land.

“This is your chance to help this administration put Kogi firmly on the part to recovery,

“Please do not allow or do anything to cast a pall of doubt over its impartiality or integrity”, he warned.

The governors of Kogi during the period to be probed by the committee are Ibrahim Idris and Idris Wada, who was the immediate predecessor to Bello.