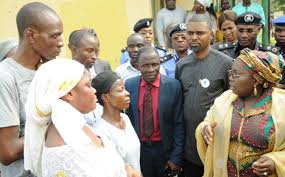 The Nigeria Union of Teachers on Thursday called on the National Assembly to hasten the law prescribing death penalty for kidnappers.

The National President, NUT, Mr. Michael Alogba-Olukoya, said this on Thursday after two teachers and four pupils were abducted from the Lagos Junior Model College, Epe.

Alogba-Olukoya, who spoke with one of our correspondents on the telephone, expressed shock at the abduction.

He described the development as ‘a bad omen’ and called on the government to go hard on kidnappers.

He said, “It is a bad omen and the security operatives should swing into action. We believe in the ability of the Lagos State Governor, Akinwumi Ambode, to secure the release of the pupils, their teacher and the vice-principal.

“Let us prescribe the death penalty for kidnappers. If anyone attempts kidnapping, let the person be killed. We have to go a little bit harsh on them. Yesterday, it was Kaduna and today it is Lagos. Now that bunkering and robbery are no longer viable, criminals have resorted to kidnapping. The Nigerian government has to rise to the occasion.”

Five gunmen and a woman had invaded the school as pupils were rounding off their assembly. Five of the kidnappers had guns while the sixth member held a cutlass.