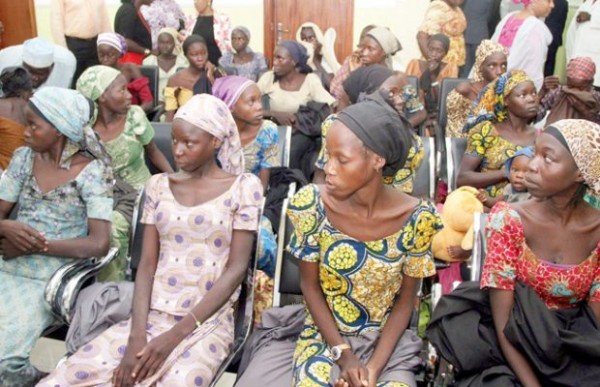 The Minister of Information and Culture, Alhaji Lai Mohammed, says the release of the 21 Chibok girls “is only a first step in what we believe will be a total liberation of all the girls’’.

The minister made the statement on Sunday at a thanksgiving service organised for the freed girls at the premises of the Department of State Security (DSS) medical centre in Abuja.

Mohammed, who was with the Minister of Women Affairs, Hajia Jumai Alhassan, at the service, said negotiation was on-going for the release of the others in captivity.

“This is just the beginning and we are very optimistic that another batch, bigger than this will be released to us soon.

“Negotiation is on-going even as we speak now but it is only those who ought to know that know the details.

“All we can do is to support them with prayers so that in a very short time we are going to have a bigger reunion than this,’’ he said.

The minister cautioned “naysayers’’ who doubted the process and some social commentators to refrain from making comments that could jeopardise the process.

“We want to sound a note of warning, particularly to many reckless analysts and commentators who are not helping the situation.

“We still have more than 120 of our children in captivity, therefore we must be careful of the kind of comments we make.

“We must not make comments that will make the release of other girls difficult or impossible.

“We should know that these are very delicate situations. There are some promises we made also about the confidentiality of the entire process and we intend to keep them,’’ he said.

He said the event, which witnessed the reunited of the girls with their parents, was a day the entire world had been expecting.

“Many doubted the ability of government that this day will come but they have been proved wrong.