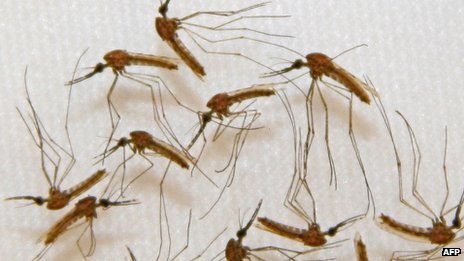 An outbreak of malaria has claimed no fewer than 48 lives in Gandu area, Sokoto North Local Government of Sokoto State in the last one month.

The Officer in Charge of Kofar Kade Clinic, Mrs Rabi Ahmed-Gandi, disclosed this in Sokoto on Friday when she received the second consignment of free anti-malarial drugs from the State Government.

She said: “These deaths were recorded out of the 382 patients who were hospitalized in the hospital during the period under review.

“The problem had hitherto reached an epidemic level, although it had subsided now.” She attributed the problem to the contamination of the environment sequel to the prevalence of toxic refuse heaps.

Ahmed commended the state government for its swift intervention, saying that it has helped to stabilize the ugly situation.

The state Commissioner for Health, Dr Balarabe Kakale, said that the state government had provided essential drugs and medicament to the area.

Kakale further said that health personnel have also been dispatched to the affected area to augment the staffers at the clinic.

He said: “The Ministry has also commenced a fumigation exercise against mosquitoes.

“In the same vein, sanitary inspectors have been deployed to the affected areas to help in the clean up.

“They are also conducting social mobilization campaigns on the need for the residents to ensure environmental and personal hygiene.

“We are also partnering the Ministry of Environment and the State Environmental Protection Agency, to team up and evacuate the killer-heaps of refuse.”