Home National News Odd News Man Dies In Chimney While Trying To Burgle Home
Facebook
Twitter
WhatsApp
In a cold afternoon in California, USA, a resident of Fresno County tried to start a fire keep his home warm, only to hear someone call for help in his chimney.
The man inside the chimney had apparently tried to break into the home.
An officer with the Fresno County Sheriffs Office, Jake Jensen, said: “He had tried to light a fire in his fireplace and he had heard somebody calling out for help in the chimney.
”Don’t have any idea how long he had been in there, the home owner noticed some of his stuff had been rummaged through, he thinks the guy did get into the chimney last night“.
The house got filled with smoke while the owner tried to put out the flames.
Fresno County Sheriffs Office officials say even they were shocked at what they saw. Jensen said, “I’ve been a deputy for 17 years now and i’ve never seen anything like this“.
Crews got to the scene within a few minutes and began taking the chimney apart at the time they believed the suspect was still breathing and moving inside.
Drills and chisels were used to break the chimney and try to get the person out, but it got too late as the suspect was already dead. 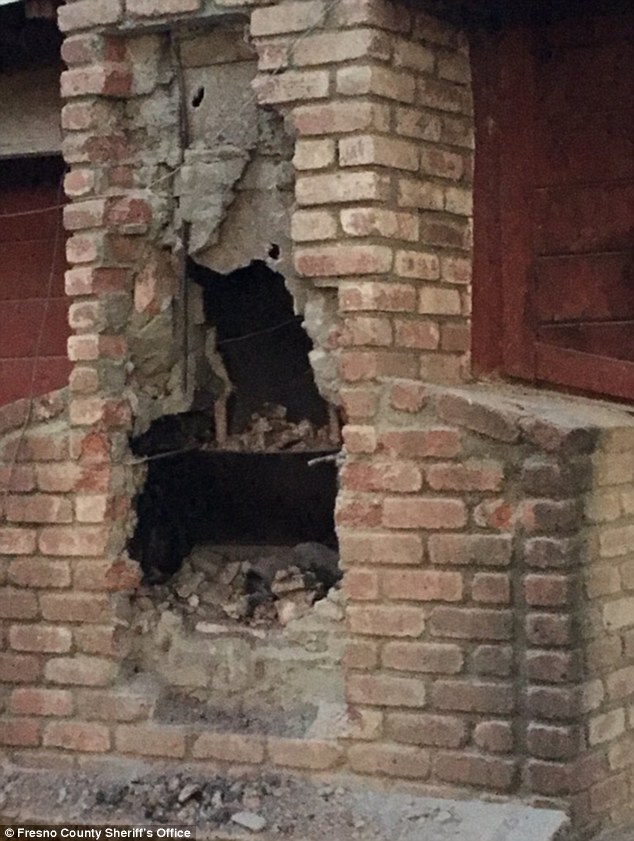 Authorities believe the unidentified suspect was in his early 20’s.
Deputies said they had been receiving reports of other break-in’s in the neighbourhood recently, but they didn’t know if the suspect was responsible for those crimes.