Many comedians copy my jokes —Gandoki 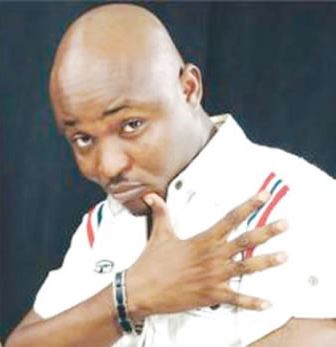 Popular comedian, Tony Ereku (aka Gandoki), may be described as one of the most accomplished men in Nigeria at the moment, having just set a new world record in stand-up comedy.

The comedian achieved this feat in a performance held at the Exclusive Mansions Hotel in Victoria, Lagos, which lasted from Thursday, September 29 to Saturday, October.

Remarking that no other comedian has ever broken the record before now, in a telephone interview with our correspondent, he says, “My performance covered a total of 42 hours, 12 seconds. It started at about 8pm on Thursday and ended around 1pm on Saturday. I beat a previous record set by an American comedian.”

He achieved the feat in the presence of a delegation from the Guinness Book of Records. The performance was streamed live before a global audience between last Thursday and Saturday.

Gandoki says there was no contest and that he put up the performance intentionally, after several months of planning and practice, just to break the record set by the American.

While preparing for the task, he focused on the basic details, such as how to stand on his feet for so many hours at a stretch, how to continue talking without a pause and more important, how to sustain the attention of his audience.

Our correspondent gathered that many of the comedian’s colleagues were also in attendance. One of them was so awed by his performance, especially the spontaneity of the jokes, that he confessed, much later, that about 70 per cent of other stand-up comedians in Nigeria always recycled Gandoki’s jokes.

“A colleague said that in my presence, not me. But I was surprised to learn this,” Gandoki recalls.

Some of the other comedians who witnessed Gandoki ‘dethrone’ the American comedian include Ali Baba, Bovi, Kofi, Seyilaw, Ushbebe and Shakara, to mention a few.

Also, describing the solo performance as very challenging, the comedian says, “One of the rules was that I should never pause. Even if I did, it must not be up to one minute. I was expected to keep talking and I did. Also, I was only allowed a break once and it was for 16 minutes.”

Interestingly, he admits that he did not rehearse any joke for the event before going on stage last Thursday, “Apart from concentrating on how to stay awake and to make my audience laugh while it lasted, I didn’t prepare any special joke. But the jokes kept coming and tumbling out of my mouth,” he says.

Explaining what motivated him to undertake such a challenging task, he says, “When I looked at my career and my past performances, particularly at the annual comedy event, Night of A Thousand Laughs, it occurred to me that I had covered a total of about 148 hours between 1998 and 2016.”

The comedian also notes that his performance was aided by his penchant for spontaneous jokes and the habit of adapting his performance to any environment that he finds himself.

Commenting on the feat, Ali Baba says, “It will open the minds of comedians, especially those who are feeding off their colleagues’ jokes, to the fact they can tell jokes as long as they are talented and spontaneous. The only way to go is to be original.”

Also, Bovi notes that Gandoki’s record-breaking performance has shown he is one of the greatest comedians of all time. “The quality of his performance is the real record. No minute passed without him saying something that elicited laughter. He is a spirit,” he says.