Mesut Ozil has been linked with a surprise move away from the Emirates as Turkish media company, Hurriyet, claimed the German midfielder had a quick meeting with Fenerbahce club officials during a recent visit to Istanbul.

Although, the 28-year-old playmaker is in talks over signing an extension to his current deal in north London, the former Real Madrid star has so far been reluctant to commit with manager Arsene Wenger’s uncertain future one of the key factors behind the delay.

Ozil recently admitted to being fond of Turkish side Fenerbahce and hinted in the summer that he would one-day like to play for the club. 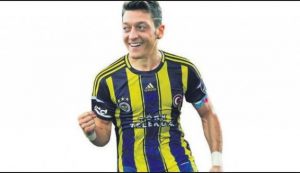 He said: “In the future I want to wear a Fenerbahce shirt. It would be an honour. Everyone knows I am a Fenerbahce fan.”