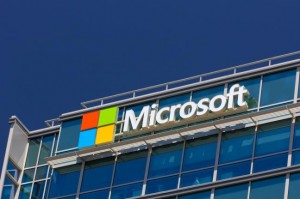 Microsoft products have been banned from Russia and its founder Bill Gates has been placed on a Federal Security Service watchlist, it has been reported.

The Russian government cited “concerns over security and reliability” as its reason and an order to remove Microsoft software is to take immediate effect.

According to Sergei Zheleznyak, government spokesman, Microsoft had been caught carrying out “minute-by-minute surveillance” on millions of Russian citizens, as well as citizens of other countries.

The Kremlin spokesman said, “The US, which presents itself as a bastion of democracy, has in fact been carrying out minute-by-minute surveillance of tens of millions of citizens of Russia and other countries.“

“All the main internet companies that were formed in the US are involved in this ugly story, and these companies operate on the territory of our country”.

Bloomberg reported that Artem Ermolaev, head of information technology for Moscow, and Russia’s Communications Minister Nikolay Nikiforov, stated that Moscow will initially replace Microsoft Exchange Server and Outlook on thousands of computers with an email system developed by the Russian company Rostelecom PJSC.

Next year, it will install software developed by New Cloud Technologies, another Russian software vendor, on millions of systems. Even Microsoft Office and Windows will be replaced with homegrown versions, Ermolaev said.

“We want the money of taxpayers and state-run firms to be primarily spent on local software,” Nikiforov said, adding that starting next year, officials “will be tightening their grip” on state-run institutions that do not opt for domestic alternatives.