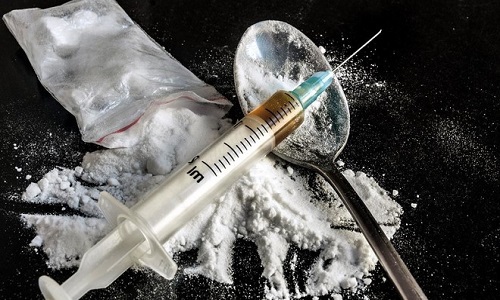 The National Drug Law Enforcement Agency (NDLEA) has blamed the surge in demand for hard drugs in the North-East to insurgency in the area.

The agency’s Commander in Niger state, Mr Joseph Iweajunwa, said this in an interview with the News Agency of Nigeria (NAN) in Minna on Saturday.

“The insurgents use potent drugs, especially improved cannabis known as skunk, imported from Ghana and Republic of Niger to stimulate themselves into action.

“The activities of the insurgents have made skunk on high demand in Maiduguri and other part of the North East”, Iweajunwa said.

He said that NDLEA operatives in the command had intercepted many suspects in parts of the state, moving illicit drugs to the area in concealed consignments.

The commander said that skunk was a compressed odourless improved cannabis sativa, which currently sold at N1, 000 per rap in the North-East because of the high demand.

He said that another drug on high demand in the area was cough syrups with codeine.

He also said that the command recently arrested two suspects involved in the peddling and cultivation of cannabis sativa.

Iweajunwa said that the suspects were arrested in Kontagora and Bosso Local Government Areas of the state.

He said that the first suspect was sent from Maiduguri to pick 20.9 kilogrammes of skunk in Lagos but was arrested on Sept. 8 on his return trip to Maiduguri.

The NDLEA commander said that the second suspect, who was arrested on Sept. 30 in Bosso, cultivated cannabis sativa in a yam farm.

He said that the suspects would be charged to court after investigations.

He urged the public to assist the agency with useful information that would lead to the arrest of users of illicit drugs and their collaborators. (NAN)