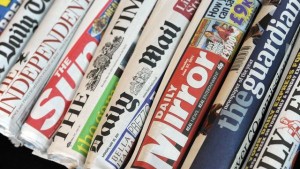 The Federal Government, through its National Biosafety Management Agency, has issued a seven-day ultimatum to retail store giants, Shoprite and Next Cash ‘N’ Carry to withdraw any product that contains Genetically Modified Organisms from their shelves or risk a total shutdown.

Justice Okon Abang of the Federal High Court sitting in Abuja yesterday, gave a specific order to the Independent National Electoral Commission (INEC) to accept Jimoh Ibrahim as the candidate of the Peoples Democratic Party (PDP) in Ondo State.

The Lagos State government and its Osun State counterpart have partnered on the Atlantic Bond Initiative on the forthcoming ‘Lagos-Oyotunji Cultural Heritage Fiesta’ to be held in the United States of America, USA.

German Chancellor, Angela Merkel has said her country will earmark about 18 billion Euros for the development of the Lake Chad region.

President Muhammadu Buhari has expressed optimism on the release of more of the kidnapped Chibok girls, after 21 of them were freed by Boko Haram, following more than two years of captivity.

The Nigerian presidency is scrambling to fend off attacks being directed at President Muhammadu Buhari over his shocking remark that his wife belonged to his kitchen, his living room and the other room.