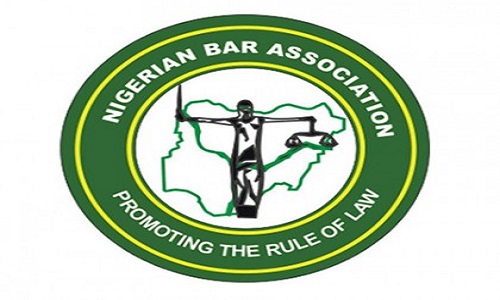 Some Nigerians have condemned the threat by the leadership of Nigeria Bar Association (NBA) over the arrest of some judges for alleged corruption and professional misconduct.

Those who made the call in interviews with the News Agency of Nigeria in Makurdi on Sunday urged President Muhammadu Buhari not to succumb to pressure but to ensure that the judges faced the law.

The News Agency of Nigeria reports that the State Security Services, DSS, on Friday night arrested some judges for alleged corruption.

The agency stated that it recovered huge sums in local and foreign currencies from the judges.

Following their arrest, the leadership of NBA headed by Abubakar Mahmoud at a news conference, demanded the judges’ immediate release on the ground that due process was not followed in their arrest.

The association said, “It is not the responsibility of DSS to arrest judges”.

It described the action of the agency as unconstitutional and a way of intimidating the judiciary and undermining its independence.

“President Muhammadu Buhari should order immediate release of the affected judges or there would be consequences”, NBA said.

Some of those who responded to the threat accused NBA of encouraging corruption, adding that it was an indication that “corruption is fighting back” against the anti-corruption campaign of the government.

They said the action of NBA had vindicated the president, who had said that the judiciary was a major hindrance to the fight against corruption.

A resident of Makurdi, James Audu, wondered why NBA would ask the Federal Government to immediately release the judges.

“I am not sure I understand why the NBA is asking the Federal Government to order the immediate release of some judges that have been arrested over allegations of corruption.

“Were they arrested without warrants? Is it unlawful to investigate a judge on allegations of corruption? Or are our laws meant to be obeyed by some people while others breach them and go free?

“Do judges also enjoy immunity under our laws? Are judges not subject to our laws?

“Is there no rule of law here or are judges above the law?” he asked.

Another resident, Shidoon Agbe, said the judges should be prosecuted according to the law.

Ms. Agbe said that it was a shame that a respected legal body, such as NBA, would allow itself to be used by corrupt politicians to achieve their goals.

“The Nigerian Constitution does not make provision for judges’ immunity neither does it exclude them from investigations.

“In fact, even the Mr President can be investigated while still in office”, she said.

Ms. Agbe said that in other parts of the world judges were arrested and tried like other citizens.

“Few months ago, South African President was investigated and tried even with his immunity and nobody complained about it.

“Examples of cases of this nature are too many to mention.

“This is a legal issue, all we expected of NBA during their press conference was for them to clearly quote the various sections of the constitution that prohibit security agencies from investigating and arresting judges”, she said.