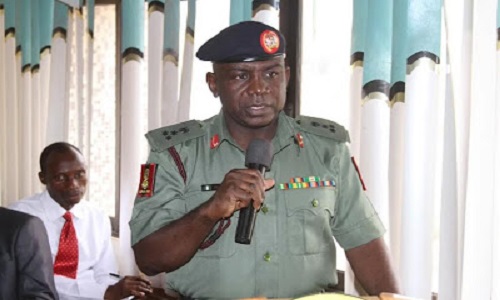 The National Youth Service Corps, NYSC, has described as “wicked falsehood”, reports on social media that monthly allowances of corps members would be slashed by 25 per cent, saying the rumour was created to cause confusion in the polity.

The NYSC refuted the report in a statement issued Monday by its spokesperson, Mrs. Abosede Aderibigbe.

Corps members currently receive N19,800 as monthly allowances but over the weekend, rumours surfaced on social media that the management of NYSC was planning to reduce it to N14,800.

Dismissing the report as mischievous information, Mrs. Aderibigbe pointed out that it quoted one “Brigadier General Bamidele Oluwami”, the purported NYSC Director General, as the source of its information. “The scheme vehemently dissociate itself from this wicked falsehood meant to create confusion in the polity”, the statement said.

“The Director General of the NYSC is Brigadier General SZ Kazaure and he never made any comment as claimed by the brains behind the damaging publication. Management hereby categorically state that corps members allowance remains N19,800 and not reduced to N14,800 as wickedly portrayed by the social media release.

“For the avoidance of doubts, we unequivocally restate our unalloyed commitment to the welfare of all corps members at all times.

“Corps members and the public should therefore ignore this misleading information and go about their duties lawfully without fear”, it stated.