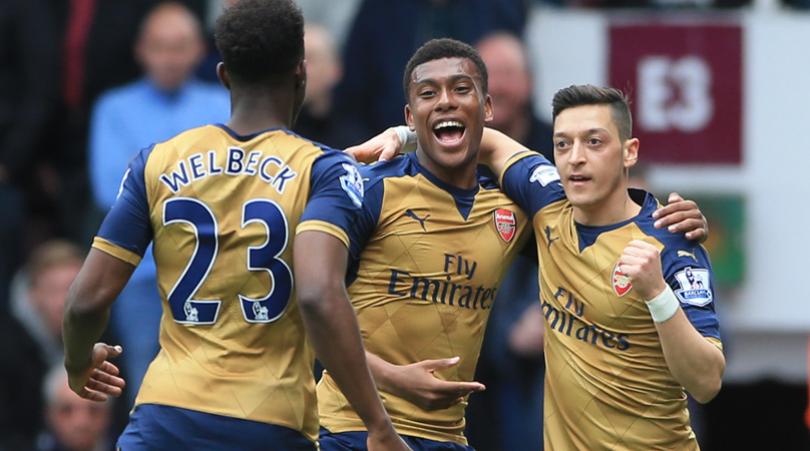 Germany and Arsenal playmaker, Mesut Ozil has paid glowing compliment on his teammate, Alex Iwobi as the 20-year-old Nigerian begins to establish himself in Arsenal’s first team

“He reminds me of his uncle, Jay-Jay Okocha,” Ozil told Arsenal Player. “He was a player I loved watching. Alex reminds me of a mixture of him and Edgar Davids.

“He’s really strong on the ball, also defensively, but he’s good in front of goal too.

“He knows exactly what he can do. He isn’t scared and doesn’t hide on the pitch. He just wants to have fun playing football and that really shows on the pitch, and also in training.

“He’s developing really well and if he continues the way he’s been playing the whole season, he will really enhance his game.

“The manager knows exactly how good he is and I wish him all the best. He is really young and is on a really good path.”