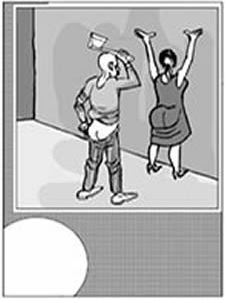 A 28-year-old aide of a new generation pastor, Bethel Samuel, has been arrested by security operatives from the Rumuolumini Police Station for allegedly defiling a three-year-old girl.

The suspect, who confessed to the crime, said he did not know what came over him when he held the girl and defiled her.

Samuel explained that the act was perpetrated on Saturday.

His victim, according to him, is the daughter of one of the pastor’s neighbours.

He said, “I am the personal assistant to my pastor at Divine Assembly. We were organising a crusade. We went out to paste the crusade posters when my pastor called me. He directed me to go to his house and bring some money. It was there that I saw the children playing around. I grabbed one of them and that was what happened. It was purely the handiwork of the devil.”

It was gathered that the three-year-old victim had been taken to the hospital for treatment.

The state Police Public Relations Officer, Mr. Nnamdi Omoni, said the suspect was arrested after relatives of the victim raised the alarm and the matter was reported to the police. He said the suspect would be charged to court at the end of investigations.