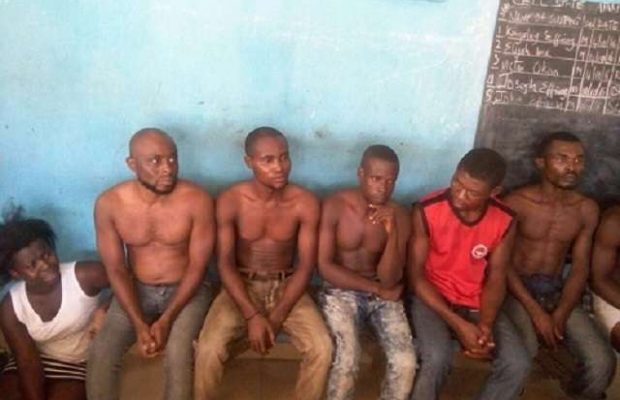 The Cross River State Police Command on Friday arrested seven notorious kidnappers that have been terrorizing the state.
‎
The seven suspects, including a woman, who allegedly act as the cook and informant of the gang, were paraded by the Commissioner of Police at the state Command Headquarters.

The Command revealed that the kidnappers were apprehended following an intelligent tip-off.

According to reports, the group are behind so many high-profile abductions in the state, including the kidnapping of prominent businessmen, lecturers, and politicians.