Rihanna And Drake Have Broken Up!

The first post-summer breakup no one saw coming is Rihanna and Drake. Despite their amazing chemistry in their single ‘Work’ and that really awkward speech at the MTV VMA award, their relationship is reportedly over. 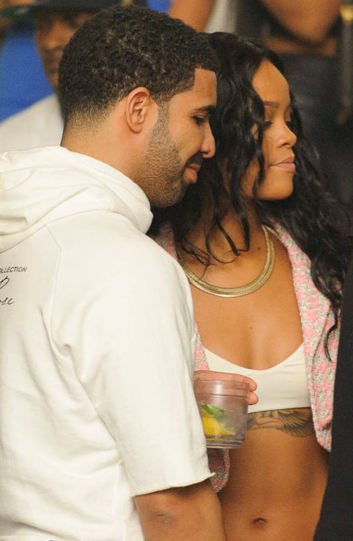 E!News reports a source as saying;

‘Rihanna and Drake are seeing other people at the moment. They are not exclusive anymore. They still love each other, but their schedules have gotten in the way.”

However, that doesn’t necessarily mean it’s done for good. “Anything can change between them though, for better or worse,” the source adds. “They are still in each other’s lives” although Drake was already seen with Indian Love…hmmm.

Say bye bye to all the cute photos of the couple clubbing together or even getting matching tattoos. Dare we hope for a makeup?

It looks like we’re in for another roller coaster of a relationship, sit back, buckle up, get ready for starts and stops.