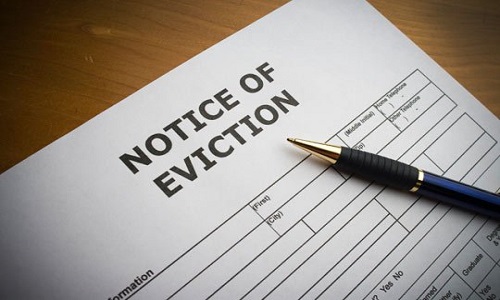 A landlord in Rivers State, Mr. Rotimi Sule, has ejected his tenant, Prophet Udeme Bassey, for predicting the victory of the All Progressives Congress (APC) in the just concluded governorship election of Edo State.

Prophet Bassey said that he correctly predicted that the APC’s Godwin Obaseki would defeat Pastor Osagie Ize-Iyamu of the Peoples Democratic Party, PDP, on the social media.

He said when the result was announced in favour of Obaseki, Sule evicted him and his family.

Bassey said: “I had a prophecy after prayers that Obaseki would win the election. I posted it on the social media because God instructed me to do so.

“The prophecy came to pass. Obaseki won the election because he obeyed God’s instruction. While I was struggling to raise money to return to Rivers State after my stay at Obaseki’s campaign office, my younger brother called me that my landlord had thrown out my belongings.

“I don’t owe him. He said I should leave his house because I prophesied that Obaseki would win, on the social media. My landlord swore that he would not allow somebody who prayed for his downfall to live in his house”.

The landlord, who confirmed that he ejected Bassey, said: “I cannot keep somebody who wants my downfall in my house.

”Yes, I asked him to leave my house. He should go and live in Obaseki’s house. Bassey cannot live in my house and be plotting my fall. Obaseki should give him accommodation”, Sule said.