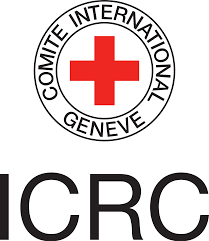 The International Committee of the Red Cross on Sunday clarified that its activities did not include negotiation for the release of hostages taken by terrorists.

The International President of the ICRC, Peter Maurer, said this in Lagos against the background of media reports that the ICRC was involved in the negotiation that led to last Thursday’s release of  21 out of over 200 Chibok girls abducted by the Boko Haram sect.

Maurer said though the girls were released to the ICRC by the Boko Haram sect to hand them over to the Federal Government, negotiation for release of hostages was not part of the ICRC’s activities.

The ICRC President was in Lagos on Sunday at a partnership development roundtable between the Nigerian Red Cross and the Lagos Chamber of Commerce and Industry.

The roundtable, which sought to facilitate collaboration between the Nigerian Red Cross and the business community to address the humanitarian crisis in the country, was held at the Eko Hotel and Suites, Victoria Island, Lagos.

Maurer said, “With regard to the Chibok girls, really, in the interest of the issue itself, let me just be very general and explain to you what the ICRC’s role in such context is. And this is not something which relates to the Chibok girls.

“Basically, the ICRC does not negotiate these issues of hostage taking, issue of controversy between highly contrasting parties or religions. But if parties who have conflict have an agreement or are negotiating an agreement and they need the facilitation of the ICRC to execute that agreement and if it has a humanitarian impact, the ICRC is ready to play its role; we say the role of the good offices of the ICRC.

“So, we don’t negotiate; we help to execute the agreement because of our role as a neutral intermediary. It is in that role that 21 Chibok girls were handed over to us by the opposition Boko Haram armies to release to the government of Nigeria.”

Maurer disclosed that two-third of the ICRC budget for its Operation Lake Chad in Africa was channeled to Nigeria while Cameroon, Chad and Niger Republic, which were also classed under the same operation, were left with one-third of the budget to share.

The ICRC President said he always had to answer the question on why Nigeria, which is the largest economy in Africa, with many millionaires, still depended on donations from international communities to address its humanitarian needs.

He described Nigeria as a country with lot of poverty and injustice.

Maurer said, “There is a big difference when I advocate in industrialised countries for more funds for the ICRC operations worldwide and our donors discover that we are active in Nigeria. They’ll ask me: ‘Why are you active in Nigeria? It’s the largest economy in Africa and why should we pay for your humanitarian work in Nigeria? And I’ll have to explain that it is not only the largest economy in Africa, with a lot of millionaires, which this economy has produced, but it is also a country which has a lot of problems, conflicts, violence, poverty, exclusions, injustice and I think this is a great country to use the capacity, innovation, the drive of the private sector and to channel it also to those who are excluded and are less fortunate in the society.”

The Minister of Budget and National Planning, Zainab Ahmed, who represented President Muhammadu Buhari at the roundtable, identified factors that had led to increased humanitarian crisis in Nigeria as the Boko Haram insurgency, ethnic disputes, corruption and intolerance among citizens.

She said though the scale and the depth of the crisis in the North-East had been underestimated, the Federal Government recognised the Boko Haram insurgency as “one of the worst emergencies on the African continent today.”

She said the Federal Government was open to partnership with the private sector, corporate bodies and individuals to address the problems of poverty and illiteracy stemming from insurgency.

The President of the Lagos Chamber of Commerce and Industry, Dr. Nike Akande, said it was in the best interest of private sector organisations to support the government in addressing humanitarian crisis because business could only thrive in a peaceful society.

“It is a win-win proposition; as businesses, we need an environment that is socially and economically stable to do business. We need the market. All these will not happen in the midst of a humanitarian crisis.

“Therefore, commitment to fixing the humanitarian problems and prosperity of our businesses are not necessarily mutually exclusive. If anything, they are mutually supportive.”