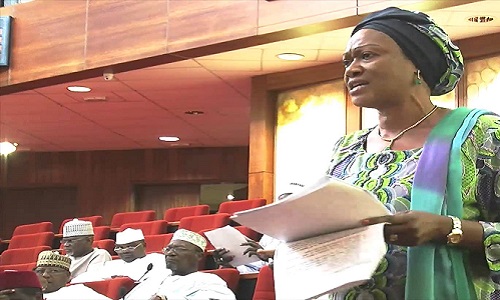 The bill (SB 112) seeking special status and federal grant for Lagos State has been rejected by the Nigerian Senate.

The bill sponsored by Oluremi Tinubu, (APC, Lagos Central), was on Wednesday voted against during a voice vote called by Sen. Ike Ekweremadu. Therefore,it failed to pass second reading for committee stage.

It sought one per cent of federally generated revenue as special grant for Lagos State in view of the former Nigeria capital’s socio-economic significance.

DSP Ike Ekweremadu now puts the question and Senate votes against the Bill to make provisions for Federal Grants to Lagos State.

The Bill for Federal Grants to Lagos State in recognition of its strategic socio-economic significance SB.122 does not pass 2nd reading.