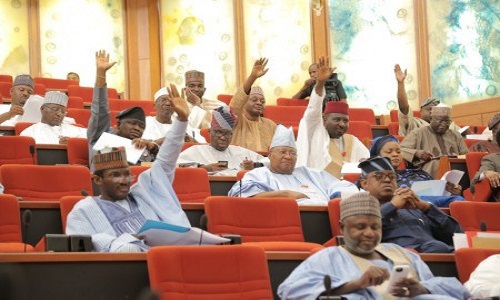 The Senate in a plenary session on Tuesday passed a resolution backing the reintroduction of toll gates on the country’s federal highways.

The motion which was moved by Senator Suleiman Nazif (APC-Bauchi), was passed into resolution as the senate said there would be collaborations with other relevant bodies to study the toll gate policy and find “effective and efficient ways to carry out the policy in order to generate more funds for roads maintenance.”

Mr. Nazif, while explaining the need for the reintroduction argued that the deplorable state of Nigerian roads could be addressed with revenue generated from collection of toll.

He said the policy was abolished in 2004 by President Olusegun Obasanjo who advocated roads should rather be maintained from revenue generated from fuel pump price increase.