Several people were killed in a stampede near the Ethiopian capital on Sunday after police fired tear gas at protesters during a religious festival, according to an AFP photographer at the scene. 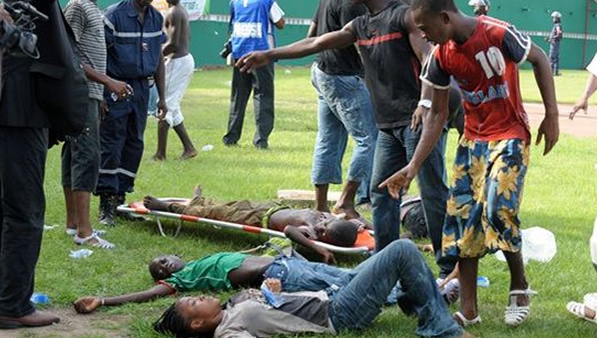 Several thousand people had gathered at a sacred lake in the town of Bishoftu to take part in the Irreecha ceremony, in which the Oromo community marks the end of the rainy season.

Some participants crossed their wrists above their heads, a gesture that has become a symbol of Oromo anti-government protests.

The event quickly degenerated, with protesters throwing stones and bottles and security forces responding with baton charges and then tear gas grenades.

The tear gas caused panic and at least 50 people fell on top of each other into a ditch.

The AFP photographer saw between 15 and 20 unmoving bodies some of which were clearly dead.

Police demanded that the photographer leave the scene, where rubber bullets were strewn on the ground.

“This government are dictators, there is no equality or freedom of speech. There is only TPLF. That’s why we must protest today,” said Mohamed, referring to the Tigrayan People’s Liberation Front.

In 1991 the TPLF, then a rebel group, overthrew Mengistu Haile Mariam’s dictatorship and now, as a political party stands accused of monopolising power.

Every year millions of people in the Oromo region mark the Irreecha festival on the shores of Lake Harsadi, which they consider sacred.

Ethiopia is facing its biggest anti-government protests in a decade. They started in the central and western Oromo region in 2015 and spread in recent months to the northern Amhara region.

Together, Oromos and Amharas make up 60 percent of the population and have become increasingly vocal in rejecting what they see as the disproportionate power wielded by the northern Tigrean minority in government and the security forces.