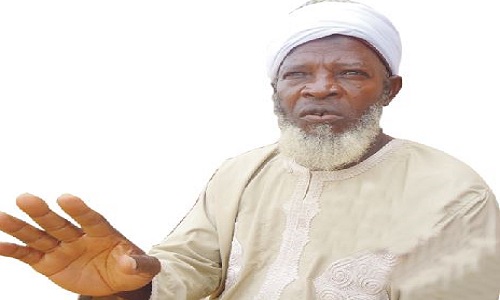 Sheikh Muhammad Sani Yakoob, the elder brother of detained Shiite leader in Nigeria, Sheikh Ibraheem El-Zakzaky, has commended the Kaduna State Government for proscribing the activities of the sect.

Governor Nasirl El-Rufai had earlier this month issued an order declaring the Shiite sect unlawful society, a decision the Islamic Movement in Nigeria (Shiite) has resisted and vowed to challenge in court.

The ban has also been criticized by some Nigerians, who viewed the government’s action as an infringement on the Shiite sect’s freedom of worship.

Speaking with select journalists in Kaduna yesterday, Sheikh Yakoob, who is the Chairman of Izalatul Bid’ia wa Ikamatus sunna, Zaria branch, said the ban was justified because the Shiite sect led by his younger brother was as dangerous as the Boko Haram sect if left unchecked.

Describing the Kaduna government’s decision as a “jihad of some sorts”, the Islamic cleric said the Shiite sect had no regards for any constituted authority in the land.

According to him, “What government did is not only obligatory but it is a Jihad of some sorts”, adding that “the ban will bring about peace in the state”.

Recalling life for residents of Zaria, Kaduna State, headquarters of the Shiite sect in Nigeria, Yakoob said during the IMN’s Ashura celebrations, which includes procession on the highways, most people were forced to remain indoors for at least three days.

“They used to take over the entire main roads of the town throughout the period”, he said. “This time around, nothing of that sort happened. Their stock in trade was to infringe on people’s rights when they are practicing their brand of religion. Islam frowns at people inconveniencing others in the practice of their own religion. What they were doing is not Islam”.

Sheikh Yakoob further said the government did the right thing by banning the IMN because it endangered peace.