Following the Kaduna State Government ban on activities of Shiites in the state, soldiers have been reported to have surrounded a gathering of Shiite Muslims in the state with worshippers trapped inside.

Today marks an important holiday for Shiites, Ashura, which marks the death of Imam Hussein, a grandson of the Muslim prophet Muhammad, who was murdered in present day Iraq in the seventh century.

A UK-based Islamic Human Rights Commission claimed on Tuesday that worshippers gathered at the Kaduna Markaz mosque on Zango Road to commemorate historical events significant in the Shia calendar, shortly before it was encircled by armoured military vehicles carrying heavily armed soldiers.

The group called on the Nigerian government to withdraw the soldiers and allow the worshippers to continue to exercise their constitutional right to freedom of assembly and worship.

However, Premium Times reported a witness saying the standoff was occurred at the residence of a senior Shi’a leader, Muhtar Sahabi, and not a Mosque.

According to the witness, dozens of armed soldiers and mobile police officers surrounded the compound and were waiting for those gathered inside to leave. 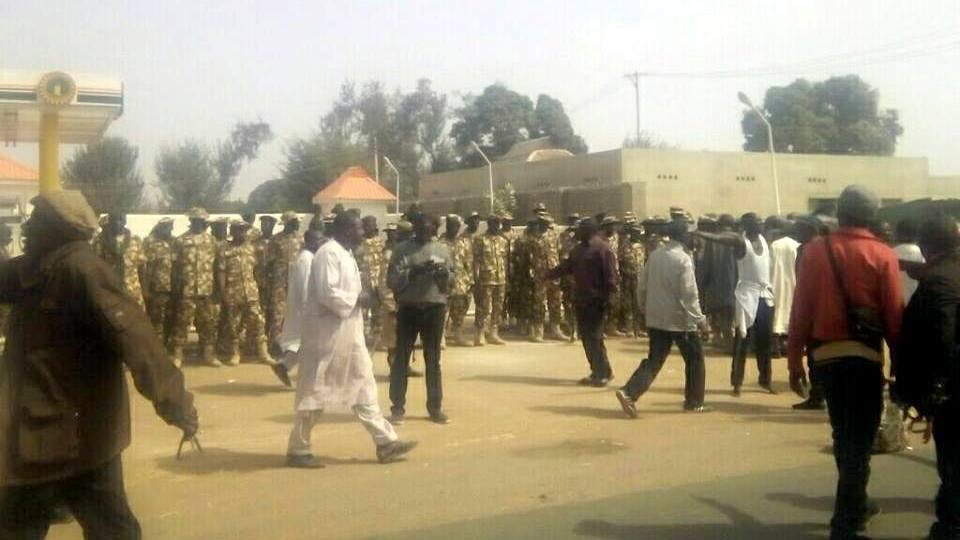 He said some women and children who started coming out were sent back by the soldiers, adding that it appeared the soldiers wanted to make arrests following the recent ban.

The Shiites have been at loggerheads with the Nigerian Army and government ever since a clash that occurred December 2015.

Their leader El-Zakzaky is still in detention without any court order.