At least 24 people are feared dead following a stampede during a Hindu religious ceremony in India on Saturday evening. 70,000 Hindus gathered at the city of Varanasi, a city in Uttar Pradesh to take a dip at the banks of the Ganges river as part of a ritual to wash away their sins. 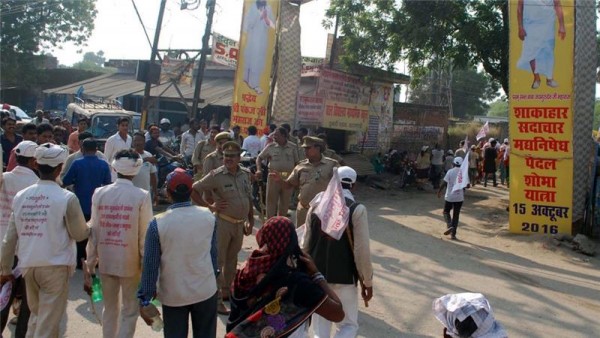 Trouble began when some people were turned back from the bridge by Policemen as organisers were not expecting such a large crowd.

The crowd then erroneously believed that the bridge was collapsing, triggering a stampede as people ran for safety.

India’s Prime Minister Narendra Modi tweeted; “I have spoken to officials and asked them to ensure all possible help to those affected,”