Dozens of people have died during a stampede at a protest in Ethiopia after police fired teargas into the crowd.The incident occurred at the Oromia region after a religious festival in Bishoftu turned violent. People threw stones during the festival and Police responded. 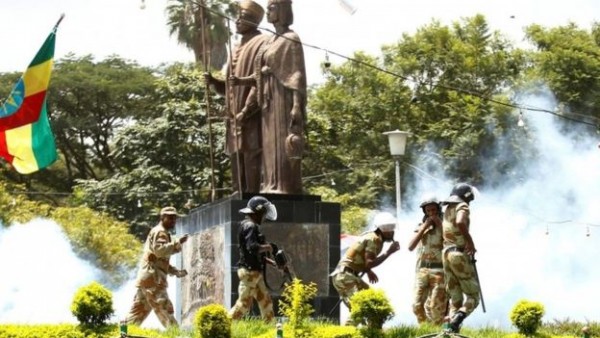 Sources say the people who threw stones were anti-government protesters while others insisted it was peaceful.