A suicide bomber was killed by soldiers on Sunday morning after he was spotted trying to infiltrate a camp for internally displaced persons (IDPs) in Maiduguri, Borno State.

The suspected Boko Haram suicide bomber died after one of the two bombs on his person detonated after being shot. 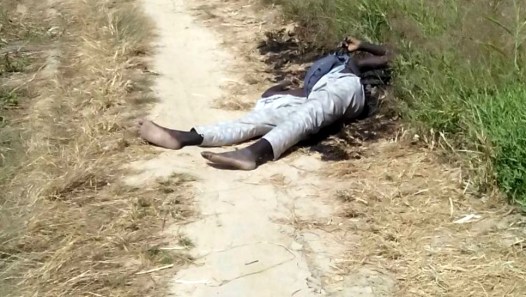 The target, according to Premium Times, was the same IDP camp that nearly came under attack by a female suicide bomber who killed herself and five others on Saturday morning.

The suicide bomber was reported to have been loitering around the back perimeter fence of Bakassi camp at about 9 a.m. before he was shot down.

He was the only casualty in the incident which is the fifth in a series of bomb attacks around Maiduguri by the Boko Haram in the last three weeks.

The Islamic insurgents have scaled up their attacks mainly through the use of Improvised Explosive Devices (IEDs) since the release of the 21 Chibok girls.

The Nigeria Security and Civil Defence Corps (NSCDC) has also revealed that youths are now being employed by Boko Haram to supply fuel in Borno state.

A reasonable quantity of fuel packaged in a carton of groundnut oil was intercepted by the Borno State Command of NSCDC. The package was bound for Gamboru Ngala local government area in the state.