Two U.S. Senate candidates vying for the California spot were engaged in a debate which included topics on crime rates, legalisation of marijuana, global terrorism, and the Islamic State, but it was the gesture of Loretta Sanchez at the end that surprised many, including her opponent Kamala Harris.

Sanchez, a congresswoman from Orange County, appeared to engage in a little dabbing. 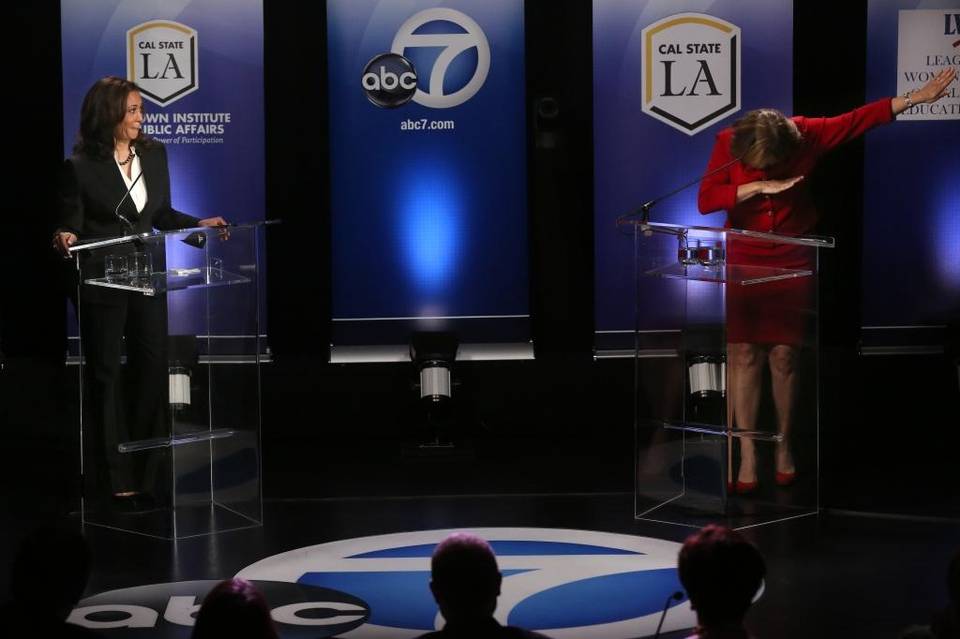 This turned to a subject after the debate as her spokesman, Luis Vizcaino, suggested on Twitter that her unconventional style “is why millennials support” Sanchez.

And this is why Millennials are supporting Loretta Sanchez for U.S. Senate. PPIC poll: @Loretta2016 38 @KamalaHarris 24. Dab

Harris, however, seemed unimpressed. She said after the move, “So, there’s a clear difference between the candidates in this race.”

Harris’ spokesman, Nathan Click, even offered a harsher assessment, saying on Twitter, “Her dab was as weak as the rest of her debate performance.”

Her dab was as weak as the rest of her debate performance #CALSenDebate16 #CASenate https://t.co/OB9EKtf1jj