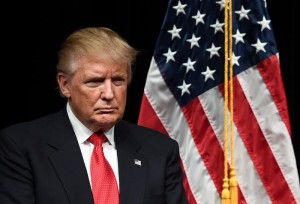 The editorial board of USA TODAY has never taken sides in the presidential race. But all that is about to change this year, as the American daily middle-market newspaper has expressed opinions about one of the candidates.

In the 34-year history of USA TODAY, the Editorial Board has never taken sides in the presidential race. Instead, we’ve expressed opinions about the major issues and haven’t presumed to tell our readers, who have a variety of priorities and values, which choice is best for them. Because every presidential race is different, we revisit our no-endorsement policy every four years. We’ve never seen reason to alter our approach. Until now.

This year, the choice isn’t between two capable major party nominees who happen to have significant ideological differences. This year, one of the candidates — Republican nominee Donald Trump — is, by unanimous consensus of the Editorial Board, unfit for the presidency.

From the day he declared his candidacy 15 months ago through this week’s first presidential debate, Trump has demonstrated repeatedly that he lacks the temperament, knowledge, steadiness and honesty that America needs from its presidents.

Whether through indifference or ignorance, Trump has betrayed fundamental commitments made by all presidents since the end of World War II. These commitments include unwavering support for NATO allies, steadfast opposition to Russian aggression, and the absolute certainty that the United States will make good on its debts. He has expressed troubling admiration for authoritarian leaders and scant regard for constitutional protections.

We’ve been highly critical of the GOP nominee in a number of previous editorials. With early voting already underway in several states and polls showing a close race, now is the time to spell out, in one place, the reasons Trump should not be president:

He is erratic. Trump has been on so many sides of so many issues that attempting to assess his policy positions is like shooting at a moving target. A list prepared by NBC details 124 shifts by Trump on 20 major issues since shortly before he entered the race. He simply spouts slogans and outcomes (he’d replace Obamacare with “something terrific”) without any credible explanations of how he’d achieve them.

He is ill-equipped to be commander in chief. Trump’s foreign policy pronouncements typically range from uninformed to incoherent. It’s not just Democrats who say this. Scores of Republican national security leaders have signed an extraordinary open letter calling Trump’s foreign policy vision “wildly inconsistent and unmoored in principle.” In a Wall Street Journal column this month, Robert Gates, the highly respected former Defense secretary who served presidents of both parties over a half-century, described Trump as “beyond repair.” 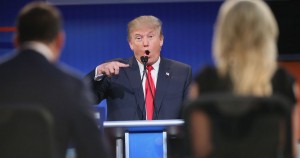 He traffics in prejudice. From the very beginning, Trump has built his campaign on appeals to bigotry and xenophobia, whipping up resentment against Mexicans, Muslims and migrants. His proposals for mass deportations and religious tests are unworkable and contrary to America’s ideals.

Trump has stirred racist sentiments in ways that can’t be erased by his belated and clumsy outreach to African Americans. His attacks on an Indiana-born federal judge of Mexican heritage fit “the textbook definition of a racist comment,” according to House Speaker Paul Ryan, the highest-ranking elected official in the Republican Party. And for five years, Trump fanned the absurd “birther” movement that falsely questioned the legitimacy of the nation’s first black president.

His business career is checkered. Trump has built his candidacy on his achievements as a real estate developer and entrepreneur. It’s a shaky scaffold, starting with a 1973 Justice Department suit against Trump and his father for systematically discriminating against blacks in housing rentals. (The Trumps fought the suit but later settled on terms that were viewed as a government victory.) Trump’s companies have had some spectacular financial successes, but this track record is marred by six bankruptcy filings, apparent misuse of the family’s charitable foundation, and allegations by Trump University customers of fraud. A series of investigative articles published by the USA TODAY Network found that Trump has been involved in thousands of lawsuits over the past three decades, including at least 60 that involved small businesses and contract employees who said they were stiffed. So much for being a champion of the little guy.

He isn’t leveling with the American people. Is Trump as rich as he says? No one knows, in part because, alone among major party presidential candidates for the past four decades, he refuses to release his tax returns. Nor do we know whether he has paid his fair share of taxes, or the extent of his foreign financial entanglements.

He speaks recklessly. In the days after the Republican convention, Trump invited Russian hackers to interfere with an American election by releasing Hillary Clinton’s emails, and he raised the prospect of “Second Amendment people” preventing the Democratic nominee from appointing liberal justices. It’s hard to imagine two more irresponsible statements from one presidential candidate.

He’s a serial liar. Although polls show that Clinton is considered less honest and trustworthy than Trump, it’s not even a close contest. Trump is in a league of his own when it comes to the quality and quantity of his misstatements. When confronted with a falsehood, such as his assertion that he was always against the Iraq War, Trump’s reaction is to use the Big Lie technique of repeating it so often that people begin to believe it.

We are not unmindful of the issues that Trump’s campaign has exploited: the disappearance of working-class jobs; excessive political correctness; the direction of the Supreme Court; urban unrest and street violence; the rise of the Islamic State terrorist group; gridlock in Washington and the influence of moneyed interests. All are legitimate sources of concern.