The two rival clubs were engaged in an EFL Cup match on Wednesday which was marred by violence. Coins, bottles and seats were thrown by fans as stewards battled to keep them apart during West Ham’s 2-1 win.

The lyrics in the flyer were handed out with the instruction: “Let’s all sing it after Bubbles when the game kicks off tonight“.

‘Bubbles’ is the anthem of West Ham played before every home game. 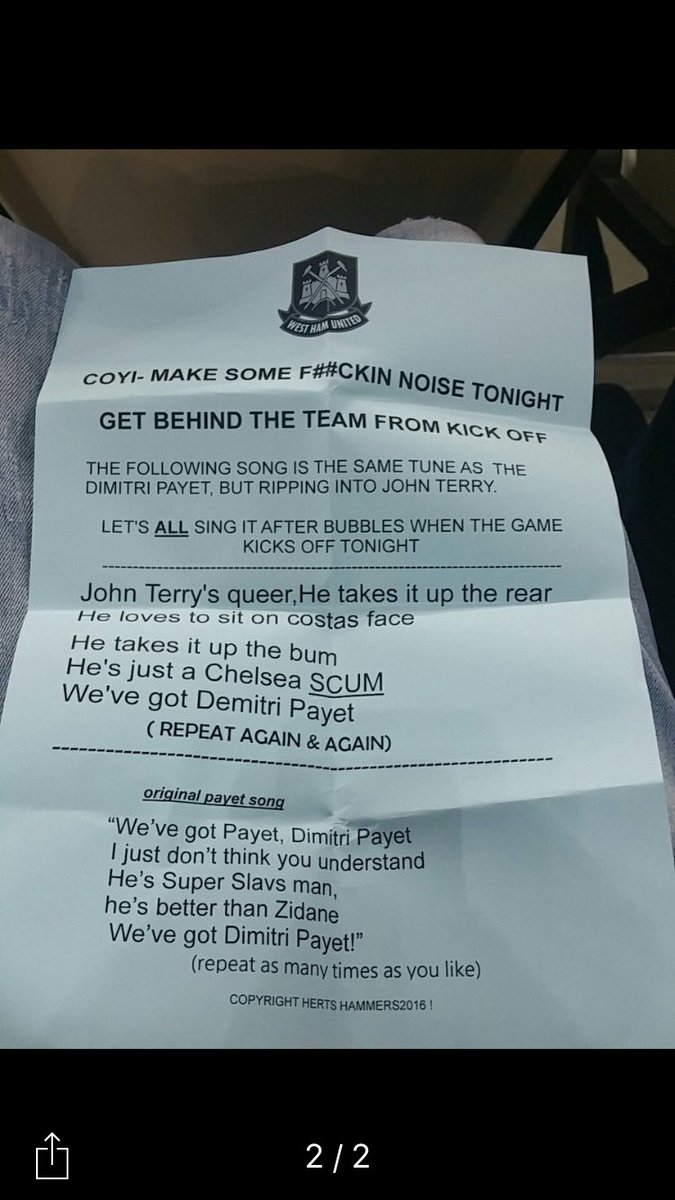 A Metropolitan Police spokesman said: “Police are aware of an leaflet handed out before the match containing homophobic contents.

“This will will form part of the post match investigation.”