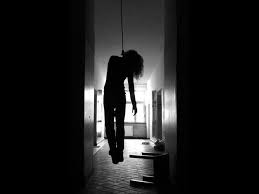 A 22-year-old  woman killed herself after her step-father was cleared of repeatedly raping her, an inquest heard.

Juliet Crew left a note behind stating that she felt she had been let down by the legal system.

Her 60-year-old step-father, Nigel Parkin, who is a church organist was found not guilty in 2012 of sexually abusing her for seven years from the age of nine.

Juliet mother found her hung in the hall of her home in Taunton, Somerset, in August last year.

She had told the court Parkin sexually touched and raped her at least ten times.

Her step-father was cleared after he said Juliet and another alleged victim were both suffering from mental health problems.

According to Taunton Coroners Court, the result of the proceedings took a severe toll on the mental health of Juliet, she dropped to six and a half stone, self-harmed and even overdosed on medication.

The note she left behind said,”The judicial system in this country, especially for victims of sexual offences, is disgusting.

Parkin, who is employed by the Church of England, was found not guilty of ten serious offences against Juliet in a trial at Taunton Crown Court in 2012.