A British woman has won $1 million on a scratch-off lottery ticket while trying to teach her husband a lesson. 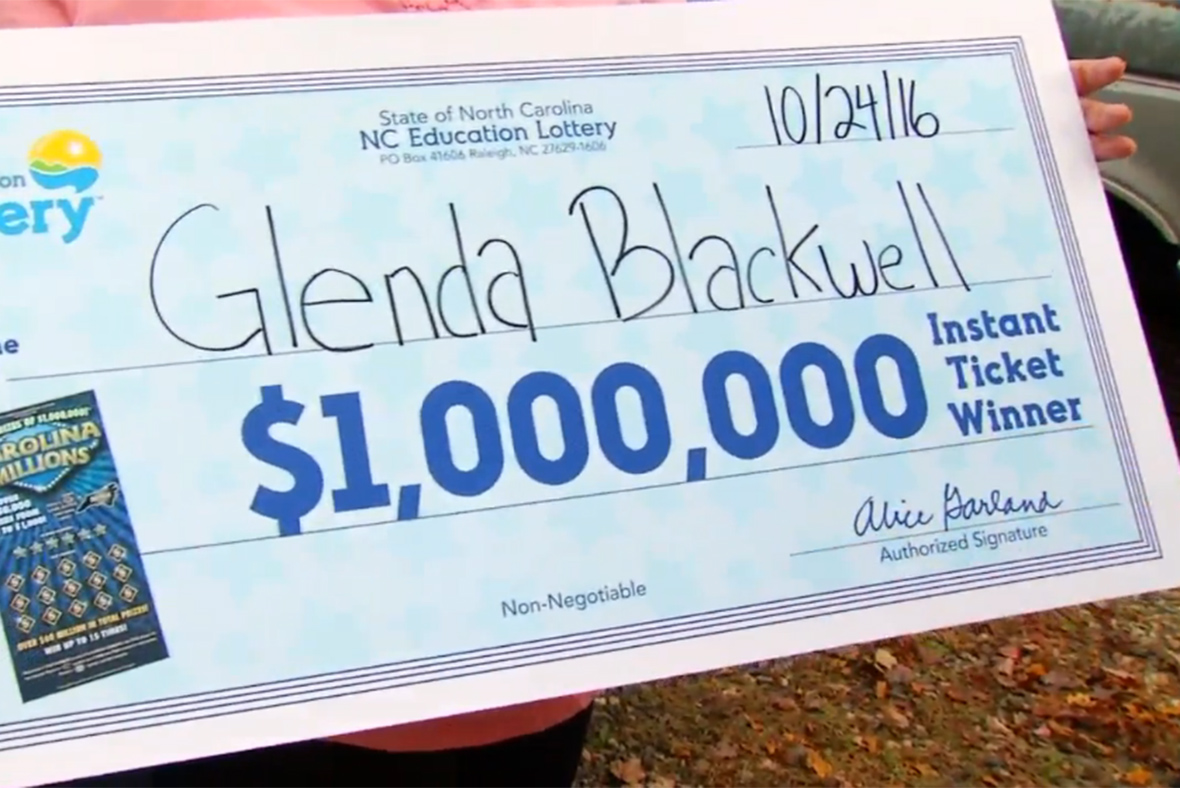 57-year-old Glenda Blackwell from Leicester says she bought a $10 Carolina Millions scratch-off ticket for herself on Saturday after her husband, Buddy, requested two tickets.

“I was going to be ugly and buy a scratch off to show him they didn’t hit,” Blackwell said. “Sometimes I get aggravated with him, so I tell him, ‘You’re just wasting your money.'”

She ended up not teaching her husband a lesson as it eventually paid off that she was trying to.

“I had to eat my words, but they were worth eating,” Blackwell added. “So, I was very happy.”

Blackwell says money isn’t an issue for the first time in her life.

She said, “We’ve struggled a lot, so now we can buy our own home and our own land. It’ll be paid for and I don’t have to worry about that no more.

“So, that’s what I plan to do with some of the money and the other part I plan to help my daughter and to put money up for my two granddaughters for college.”

Blackwell chose the large sum, which was $415,503 after taxes, instead of 20 yearly payments of $50,000 because she isn’t sure she’ll live that long due to health issues.

The couple says they won’t be scratching as many lottery tickets in the future.