The traders complex of the Yaba Market in Lagos was gutted by fire in the early hours of Sunday morning. Many parts of the general open complex were destroyed by fire before men of the Lagos State Emergency Management Agency arrived on the scene. 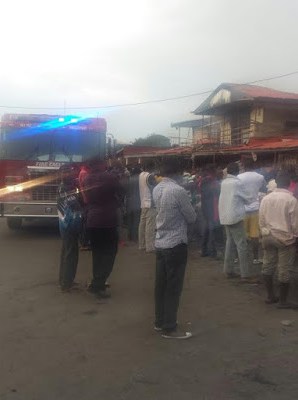 It is unclear what started the fire but several shops were affected in the resulting inferno. The fire has not been completely put out but most of it has been brought under control.