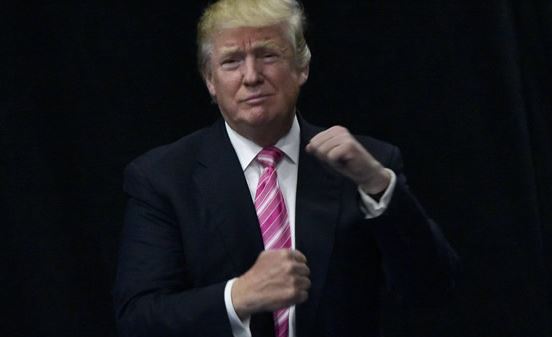 101-year-old African-American, Mrs. Thelma Feastra, said she would pack her bags and leave the U.S. should Republican nominee Donald Trump be elected president on Tuesday.

“I want to get the best people out there to take care of the citizens; so I voted Hillary. I am hoping the election will be alright.

“However, if Trump wins, I guess I will just pack my bags and leave the U.S.,” the centenarian told a correspondent of the News Agency of Nigeria at the Hampton Voter Registrar, the State of Virginia, after casting her vote.

Feastra, a curbside voter, said she was motivated to vote so as to be a part of those who decided who becomes the president of the U.S.

A curbside voter is any qualified voter who is able to travel to the voting place, but because of age, or physical disability is unable to enter the voting place in person without physical assistance.

A curbside voter may vote either in the vehicle or in the immediate proximity of the voting place.

According to her, not being involved could have a consequence on who emerges the president.

“If you don’t vote, you just can’t complain, you just take what you get,” the physically-challenged Clinton supporter, Feastra said.

Also speaking, Feaster’s daughter, Cassandra Williams, who drove her mother to the voting centre, said she had heard complaints about both presidential candidates.

She, however, said that the grievances should not keep people from voting.

“There’s no good choice between Clinton and Trump but there’s a worse choice. This year, you just have bad candidates but one of them will still become the president even if you don’t vote.

“Still, you have a responsibility to come out and vote and get someone who will make our country greater because the country is already great.”

Williams said she was motivated to vote because she marched for the right to vote in the 1960s adding, she was arrested but did not regret the experience.

“It was just something I had to do,” she said.