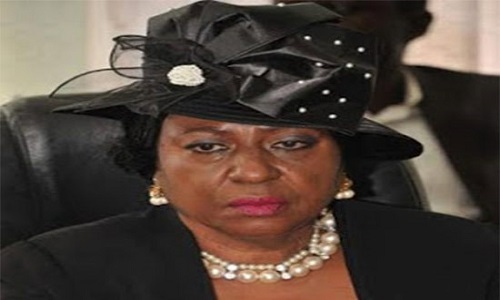 The claim by the Chief Judge of Abia Sate, Justice Theresa Uzokwe that she had no official residence in Umuahia, the state capital, has been described as “erroneous”.

Justice Uzokwe had in her speech at the opening of a new legal year last week, said that she had no official residence in the state capital and that she was operating from her private residence in Aba.

The chief judge further claimed her official residence in Umuahia “is dilapidated and in a state of disrepair”.

Reacting to the comment on Tuesday, the Commissioner for Justice and Attorney-General of Abia, Chief Umeh Kalu, expressed shock over the comment, saying that the chief judge’s official residence in Umuahia was undergoing renovation.

The commissioner said, “She is the one doing the renovation and she is doing it at her pace.

“She appointed the contractor, brought the quantity surveyor who quantified the renovation work which came to N80 million and she was given the initial sum of N30 million to commence work.

“So, it is erroneous for her to claim that she has no official residence”.

Kalu said that the state government acceded to her request to renovate the building because previous acting chief justices before her did not live in the building, hence the dilapidation.

He said that before her present appointment, she headed the Aba judicial division and lived in her private residence, while the government still paid her monthly housing allowance.

“It is a well-known fact that all government officials, including judiciary staff of that category who live in their private residences, are always paid their housing allowance, irrespective of where they live so long as they are living outside government residence.”

“Government has never defaulted in the payment of her housing allowance, while she is living or operating from her private residence, since she was appointed into office”, the commissioner said.

He, therefore, expressed dissatisfaction with the comment credited to the chief judge, “when she is the one supervising the renovation”.

The commissioner also said that the state government had started the implementation of the Consolidated Judiciary Salary Structure with N40,000 minimum wage.

He said, “All the judges in the state have two official cars and we are at the verge of changing the cars for them to be at a par with their colleagues in other parts of the country”.