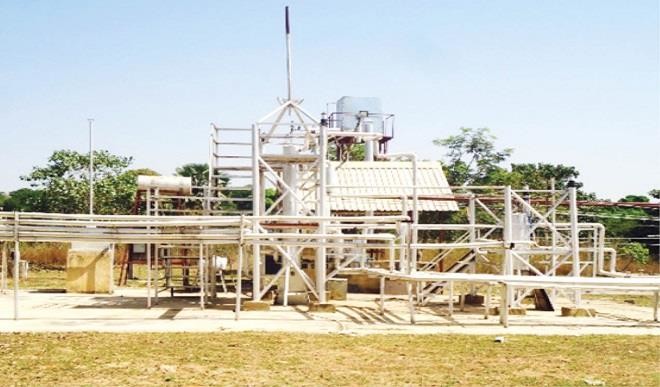 The Department of Chemical Engineering of the Ahmadu Bello University (ABU), Zaria, has established a refinery with capacity to process one barrel of crude oil per day.
The team leader of the project, Professor Ibrahim Ali Muhammad Dabo told our correspondent who visited the refinery site that at present the refinery would be used mainly for the training of students, although the department had the manpower to build a refinery that would be bigger than that of Kaduna if it had government support.
“The initial idea was to construct a 1,000 barrel-capacity refinery, but lack of funding limited us to this one, where we would now be refining one barrel per day,” Dabo said, adding that more than 80 per cent of the materials used for the construction of the refinery were sourced locally.
“Only the controls were sourced from Hong Kong. No expatriate was hired from abroad. All those that were engaged in this project are Nigerians. Therefore, this mini refinery is a product of Nigerian brains. If government can come in, we have the ability to do wonderful things, not only refinery.
This is our training and it is what our department is meant for,” he said.
He explained that beside the land and fencing that ABU provided, the project cost only about N20 million.
Professor Dabo further stated that the idea of the mini refinery was conceived about 15 years back, but work commenced fully in the year 2011.