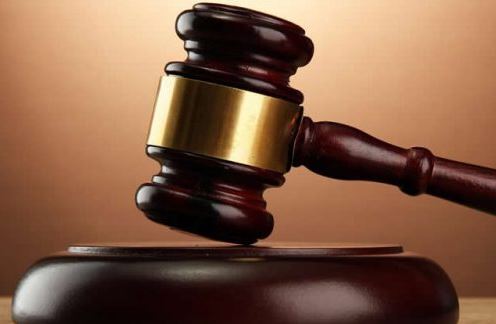 The case, which is between the Commissioner of Police and Cletus came up for hearing on Monday before the Chief Magistrate Usukuma Akpabio.

A police prosecutor, Sergeant Oscar Okon, represented the Commissioner of Police during the hearing.

Narrating her ordeal before the court, Ambrose, who works with the Akwa Ibom Broadcasting Corporation, accused Cletus of beating her up and inflicting injuries on her.

Ambrose explained to the court that trouble started on May 29, 2016, when Cletus, who was a co-tenant on No. 6 Umana Uko Lane, off Atiku Abubakar Road, Uyo, demanded a bottle of drink from her.

She added that when she ignored him, Cletus beat her up and threatened to further deal with her.

“I reported the matter to my landlord who intervened.

“A few days later, Cletus’ house help came to my apartment and informed me that that my friend that visited the house did not know how to use the sewing machine.

“Cletus immediately came out of his apartment and ordered me to take the machine from the veranda.

“I sustained injuries in my knees, eyes, arms and face. When my brother tried to stop him, he beat him up too. People from the compound later rescued me.”

Ambrose said she again reported the matter to their landlord, who cautioned Cletus.

According to her, she thought that the matter would end there but Cletus continued with his threats and assault.

The complainant stated that on August 7, 2016, Cletus attacked her with a machete.

She said the situation prompted her to immediately report him to the C Police Division at Aka Etinan, in Uyo.

The chief magistrate adjourned the case till January 9, 2017, for further hearing.