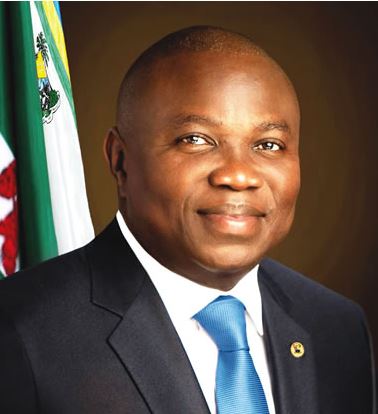 The Lagos State chapter of the Peoples Democratic Party has lauded what it termed the outstanding performance of Governor Akinwunmi Ambode of the All Progressives Congress in the state.

The spokesman for the opposition PDP chapter, Taofik Gani, said in a statement on Monday, that Ambode had taken government’s presence to many areas in the state allegedly abandoned for eight years by his predecessor, Babatunde Fashola.

The PDP advised President Muhammadu Buhari to be wary of Fashola, who, it said, had a penchant for making unverifiable claims of achievements.

The opposition party also expressed reservation over Buhari’s decision to give three ministerial portfolios relating to engineering to Fashola, who is a lawyer.

The PDP berated Fashola for celebrating a proposed injection of 30 megawatts into the national grid, when, according to the PDP, the minister had been provided with resources enough to inject over 500 megawatts into it.

Gani said instead of celebrating, Fashola should have been sober for allegedly mismanaging the country’s power generation from “6000MW when he took over to now less than 2000MW.”

He said, “We sincerely advise President Buhari to be very wary of the deceptive skills of Fashola who will usually hype and celebrate even mediocrity.

“Fashola has a penchant for misrepresenting facts of his achievements in government and would always rationalise obvious inadequacies.”

“As governor of Lagos State, he enjoyed unprecedented revenues and donations, yet he left many services untouched or unfinished. He, however, deliberately funded his pro-Fashola media and commentators so much that pseudo and exaggerated achievements were ascribed to him.

“He employed this model to promote his eight years government of mediocrity. Fashola ended up making Lagos State the biggest debtor with local and foreign debts well over N1trn.”