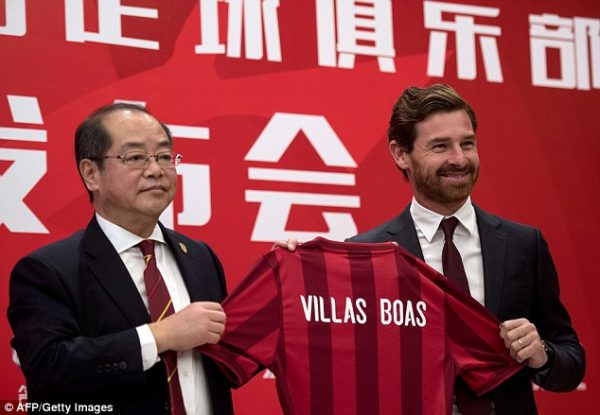 Villas-Boas was in charge of Zenit St. Petersburg until May when his contract expired and has had stints at Chelsea and Tottenham. He replaces Eriksson who guided Shanghai to a third place finish despite spending big in the transfer market.

The former England manager was promptly fired for underperformance. Andre Villas new contract is thought to be worth around £11m per year.