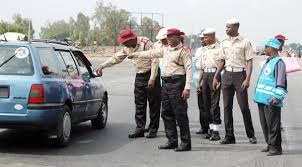 The Federal Road Safety Corps, FRSC, on Friday said no fewer than 2,600 motorists have been arrested for failing to install the speed limiting device in their vehicles.

Speaking in Port-Harcourt at a health workshop organized for tanker drivers in association with Nigerian Medical Association (NMA), the Rivers State Commander of the FRSC, Andrew Kumakpayi, disclosed this, as he added that overwhelming numbers of vehicle owners in the state have already installed the device.

Kumakpayi, enjoined those who haven’t install to do so before the end of the deadline, saying after the deadline, people who fail to comply will be sanctioned.

We have cared for drivers because we want drivers to drive safely on the roads. Most drivers do not have time to go for medical attention so there is need to provide this help for them to check their sugar level.”