As a week nationwide warning strike by university lecturers ends on Tuesday, the teachers are threatening to go on an indefinite strike if their demands are not met. 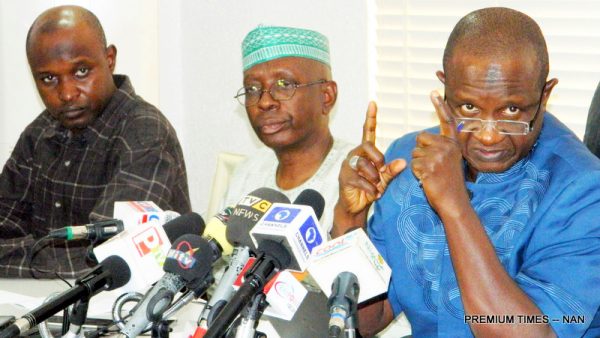 A meeting with the Senate on Monday failed to resolve the issues.

Ifeanyi Abada, the Chairman of the University of Nigeria, Nsukka (UNN) Chapter of the Academic staff Union of Universities (ASUU), made this known on Tuesday in Nsukka, Enugu State.

“ASUU was left with no option than to proceed on the one-week warning strike; failure to meet our demands, we will go on an indefinite strike,” Mr. Abada told the News Agency of Nigeria (NAN).

He said that the chapter complied fully with the warning strike directive.

“The National Executive Committee (NEC) made efforts to resolve this issue with the government but government remained unyielding.

“The strike compliance in UNN is total, no lectures, no examinations, no departmental and faculty meetings, as members will not participate.

“UNN chapter will not renege on the directive of the national body until government addresses all the issues raised.

“Our monitoring team is moving round; any lecturer found teaching will be sanctioned accordingly,’’ he said.

According to Mr. Abada, among the demands of ASUU is that universities be exempted from the Treasury Single Account (TSA) policy.

He noted that ASUU was also demanding the Federal Government’s implementation of an agreement it entered into with ASUU in 2009.

Amarachi Okafor, a student of the UNN’s Department of Psychology, urged the government to meet ASUU’s demands to avoid an indefinite strike.

“I urge ASUU to consider the plight of students, who will be spending extra years as well as their parents who have been sponsoring them,” she added.

Another student, Emma Ochi of the Department of Mass Communication, pleaded with ASUU to consider the interest of students and avoid an indefinite strike.

“I want Federal Government and ASUU to resolve their misunderstanding amicably in the interest of students and tertiary education in this country,’’ he said.

Meanwhile, academic activities are still paralysed in the university as a result of the warning strike.