Atiku is being haunted by his corrupt demons –El-Rufai 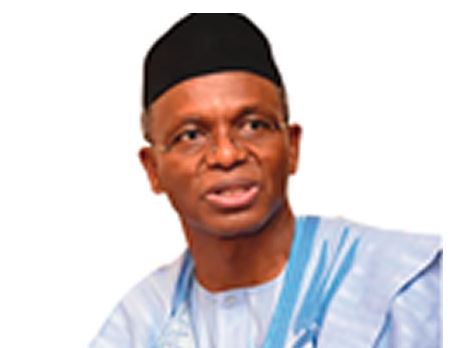 Barely 24 hours after former Vice-President Atiku Abubakar absolved himself of complicity in the Halliburton scandal, Kaduna State Governor, Mallam Nasir el-Rufai, has said that Atiku is being haunted by the demons of corruption.

El-Rufai said Atiku was culpable in the Halliburton scandal that consumed American congressman, William Jefferson, who bagged a jail term in the United States of America.

In a statement he personally signed, el-Rufai, who dared Atiku to visit the United States of America if he was not culpable in the wiring of $40m to the US, implied that the former vice-president could not visit the US as a result of the scandal.

The statement entitled, “Atiku haunted by his corrupt demons,” urged Atiku to come clean with the findings of the report of the United States’ Senate Permanent Sub-Committee on Investigations which detailed the wire transfers involving the $40m from offshore companies.

El-Rufai alleged that the offshore companies wired funds into accounts controlled by Atiku and one of his wives.

Accusing the former vice-president of being obsessed with the ambition of becoming the President of Nigeria, the governor said the chieftain of the Atiku was fond of spewing out lies in an attempt to “rejuvenate his image”.

He said Atiku’s vaunting ambition made him (Atiku) support a particular group during the leadership struggle within the National Assembly, stressing that the action was disrespect for the wish of President Muhammadu Buhari.

El-Rufai said, “This statement is issued in response to the latest falsehoods emerging from Alhaji Atiku Abubakar. He has a record of spewing outright lies and innuendos against my person. As we struggle to build a law-abiding society and secure progressive outcomes for our people, we cannot allow the triumph on these shores of those who will have us move to a post-factual world.

“Not even from a man as practised as Alhaji Atiku is in the dark arts of damaging other people through a campaign of lies from him and his media machine. Therefore, I am constrained to provide a response to the fake news and irresponsible revision of recent history by Alhaji Atiku.

“The report detailing the US Senate findings is online. Alhaji Atiku should tell a better tale of why he is avoiding the United States of America.

“I never had anything to do with the incorporation of Transcorp. Those that established that company like Festus Odimegwu, Tony Elumelu, Otunba Lawal Solarin and Ndi Okereke-Onyiuke are still around and alive. As such, I could not have, and did not offer Alhaji Atiku any shares in Transcorp. I declined the shares that were offered me. Having done that, how could I have offered anyone shares?”

In an interview Atiku granted to a quarterly magazine published by the Economic and Financial Crimes Commission, Zero Tolerance, the former vice-president accused former President Olusegun Obasanjo of scheming to make himself life president.

Atiku also said that the pioneer Chairman of the EFCC, Mallam Nuhu Ribadu, had apologised to him for accusing him of corruption, stressing that Obasanjo and his aides decided to tag him as a corrupt person because he foiled the life presidency bid of Obasanjo.

He said, “Did he give any evidence or prove where I was corrupt? Again, this is the same el-Rufai whom I was instrumental in bringing into government and making him Director General of the Bureau of Public Enterprises, and eventually a minister.

“So, where is the evidence of corruption? It’s just not fair for you to say somebody is corrupt without substantiation. This is the same el-Rufai who testified on TV that he worked with me as DG of BPE for four years and there was never a time I asked him or instructed him to do anything unethical in those years.

“So, how am I a corrupt person? This is the same el-Rufai and others who incorporated Transcorp during my time as Vice-President and offered me shares and I declined. I wrote them officially to say it was unethical of me to accept those offers. So, where is the corruption toga coming from?”

When contacted, the Director, Atiku Media Office, Paul Ibe, said he had seen Nasir el-Rufai’s statement and that the office was preparing a response.

“We are preparing a response,” he said.