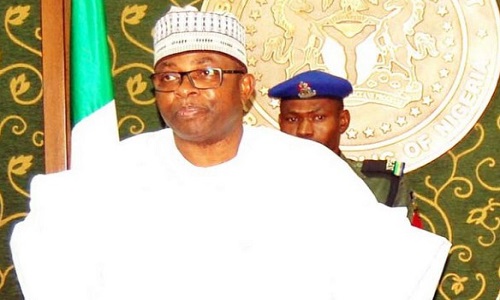 Bauchi State Governor, Alhaji Mohammed Abubakar, has pardoned 20 suspects currently being detained in Bauchi Prisons for allegedly pelting him at the Eid prayer ground during the 2016 Eid-el-Fitr celebration.

The governor made the announcement in Bauchi when officials of Amnesty International paid him a courtesy visit on Thursday.

He said that it was never his wish to arrest and detain the suspects in the first instance for what they did to him.

“It is not my wish to arrest them, but I have to do that because there is the need for people to respect their leaders.

“Even the Holy Qur’an teaches us to respect our leaders. So I don’t see any reason why I will be stoned by my people just because I am conducting verification exercise of workers in my state.

“I will communicate this decision to the state Attorney-General and Commissioner for Justice for him to go to the prison and release those people to their families”, Mr. Abubakar said.

The governor pleaded with the people to be patient with the government, especially over the current economic hardships.

He assured that the situation would soon be history as government was doing everything possible to make life better for Nigerians.

Suleiman Shuaibu, the leader of the delegation who is also head of the organisation in the northern states, had earlier pleaded with the governor to pardon the suspects.

Mr. Shuaibu said his team became aware of the situation while it was pursuing a case. He urged the governor to forgive the suspects.

He said the team also stumbled on the case of one Mahmud Tatimu who was arrested by the police for allegedly attempting to break Bauchi prisons with his accomplices.

“When we investigated the case, we found out that it is not true as the suspect went to the prison to visit his brother who was standing trial in a case of terrorism.

“The suspect had told his brother during the visit that by the grace of God the brother would be out of prison before the last Sallah celebration.

“It is that statement that Tatimu made that led him to stay in prison for about 53 days; but we thank God he gained his freedom today through the intervention of Amnesty International”, he said.