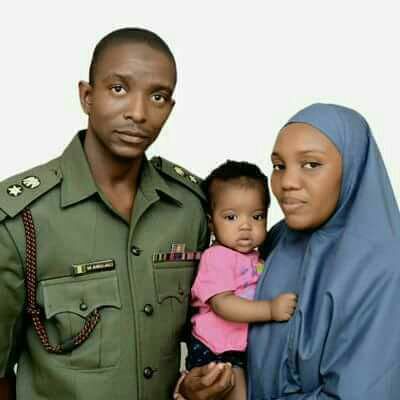 The Borno State Government on Saturday donated N10 million to the family of the late Lt. Col. Abu Ali, who died while fighting the Boko Haram terrorists in the state on November 4, 2016.

Gov. Kashim Shettima made the donation when he visited the widow of the deceased in Kaduna State.

Malam Isa Gusau, the Special Adviser to Shettima on Communication and Strategy, stated this in a statement in Maiduguri.

According to the statement, the Borno State Governor presented a N10 million cheque to Samira, the widow of fallen soldier and one of Nigeria’s bravest war hero.

The late Ali was killed in Malam-fatori, headquarters of Abadam local government area of Borno on November 4, 2016.

Shettima described the late officer as a hero who sacrificed his life for peace to reign not only in Borno but in the entire North East and the country at large.

He prayed for the repose of his soul and for the family to bear the irreparable loss.

Shettima also took time to interact with the mother of the late officer as well as his children, assuring them that the deceased sacrifices would not be in vain.